» FRANCO-SWISS SUCCESSIONS FROM THE POINT OF VIEW OF INHERITANCE TAXES 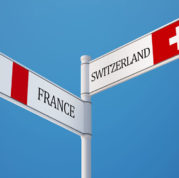 FRANCO-SWISS SUCCESSIONS FROM THE POINT OF VIEW OF INHERITANCE TAXES

The Convention concluded between the Swiss Confederation and the French Republic for the avoidance of double taxation in the field of inheritance taxes was terminated with effect from 31 December 2014. No tax treaty is therefore applicable.

Subsequently, if the first stage reveals one or more conflicts of jurisdiction, it will be necessary to examine the rules for reducing or eliminating double taxation.

Example: France and the Canton of Vaud

Cases of double taxation may arise due to the application, by France and the canton of Vaud, of separate tax factors: