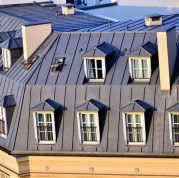 BUY, OWN, PASS ON
and specialities for Swiss and frontaliers

What circumstances can bring a Swiss national to consult a French notary?
French legal and tax rules are likely to interest a growing number of Swiss people. Indeed, cross-border relations have developed exponentially: for example, what happens in the event of a marriage between a French and a Swiss national? Are French or Swiss law applied to their matrimonial property regime?
In terms of real estate, nearly 200’000 Swiss nationals are estimated to own a property in France  eand more than 100’000 French nationals reside in Switzerland. What taxes may apply in the event of a sale of the property? In the event of a transfer to the children?
Notaries on both sides of the border are consulted daily about these cross-border issues.

What are the most frequently asked questions ?
The main concern for a Swiss resident with assets in France is often the taxation of his estate. Indeed, inheritance tax is very low in Switzerland compared to France where it can reach a very high level: the highest marginal rate is 45% for children (for a transmission above €1’805’677).
Furthermore, since the end of the Franco-Swiss tax treaty on inheritance, France can tax property in Switzerland, when the parent or child is domiciled in France.
This question seems very alarming from a Swiss perspective.

In this case, what legal solutions can be provided ?
It is first necessary to carefully analyze the situation in order to determine which goods are likely to be taxed in France
and then one should consider the legal mechanisms in place to transfer a property with a lower tax burden. For example, donations to the children during the parents’ lifetime can be made with a life interest reserve for the benefit of the parents.

What about the “société civile immobilière” (French civil property company), known as “SCI”?
The SCI was very useful under the former Franco-Swiss tax treaty. Since the latter’s denunciation, the attractiveness of the SCI has declined considerably but it still retains certain advantages: for example, to organize an inheritance estate between several heirs.